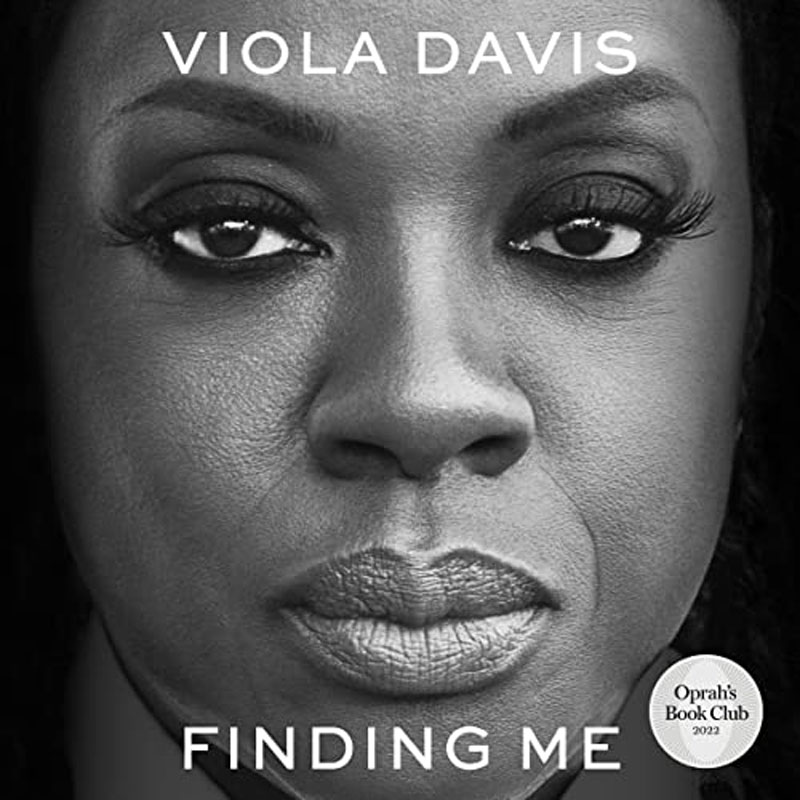 “Finding Me”  by  Viola Davis

Years ago, my mentor, Rowland Barber, told me the only truthful autobiography was an “unauthorized” one. It’s not so much that people lie (that could lead to legal action), but they omit certain actions that either they don’t want to admit to or they slant them in a favorable way from reality.

Nowadays, people don’t write autobiographies. They write memoirs. I tend not to read them. I recently made an exception, and I’m so glad I did.

“Finding Me” by Viola Davis blew me away. As an actor, she has that rare ability, sometimes in the briefest of scenes, to make your heart skip a beat. Her fearlessness enveloping a role has been acknowledged with various awards and honors, all well deserved. But it hasn’t been an easy journey.

in “Finding Me,” Davis lays bare her path from a childhood of hunger, a lack of basic necessities like shoes and soap throughout her school years, and a lifetime filled with blatant, as well as subtle, racial discrimination.  Her body of work is impressive and inspiring, and so is this book.

I gotta tell you, it doesn’t seem fair. Not only is she a brilliant actor, but, damn it, she’s a brilliant writer! The memoir flows seamlessly between various time periods in her life, a technique that many fulltime writers stumble over. In my journalistic career over the years, I have reviewed numerous books, classical music concerts, stage performances, and film openings. I can say, unequivocally, I have never been accused of hyperbole. In fact, I’m hard pressed to remember a time when I used the adjective “brilliant” once, much less twice.

Is this a short My 3 Cents? I’ve said what I need to say. Read “Finding Me” to better understand the sacrifices an individual makes in pursuing a dream.