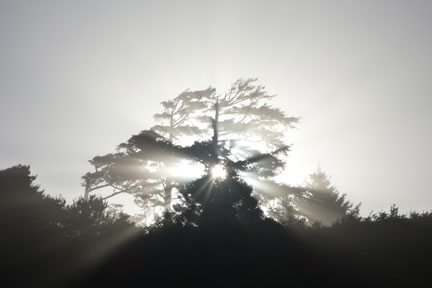 I could smell the smoke from the burning buildings. The year was 1968 and the aftermath of the Martin Luther King, Jr. shooting surrounded me. I was a junior at Duquesne University which was situated next to what was known throughout the city of Pittsburgh as “The Hill.”  For decades, the city’s neighborhoods had been divided ethnically. Southside was German, Squirrel Hill was Jewish, Bloomfield was Italian, and Polish Hill, was, well, Polish. The Hill was African-American and it was ablaze.

I was attending a concert in the Student Union building mid-afternoon when I realized this was serious and I might not be able to get home. The city’s bridges were closed to incoming and out-going traffic in an effort to keep some semblance of crowd control as the riots continued to pick up momentum.

I called my father to come and get me, not knowing if or when he could pick me up. It was years later that I learned Dad had persuaded a police officer at a barricade to please let him through so he could take me home.

I heard the sound of a shotgun. The streets of Long Beach, California were a long way from Los Angeles. The news was just announced that four white LA policemen were acquitted of the beating of Rodney King, but the danger around me was real.

I lived in a lovely neighborhood of Craftsman homes, one block off a main street. With a citywide curfew in place, I made my way to the grocery store, then an ATM (waste of time – all cash machines were locked), and then to a video store to load up on movies since there was no way of knowing how long I would be told to remain home.

As I passed a local store front, I saw a man (presumably, the owner) sitting on a stool just inside the doorway with shotgun in hand. On the next corner, an Army tank was stationed with two National Guardsmen standing nearby.

Curfew was eight o’clock, so when I heard men’s voices in the alley around ten, I called the police and very soon thereafter, the voices dispersed. Was there a danger? I couldn’t know and I couldn’t take the chance.

The next day several of my neighbors joined me with brooms and shovels to walk one block over and remove broken glass and litter left from the previous night’s rioting. As we were walking down the block a woman in her thirties yelled from her front lawn, “I didn’t make that mess! Let them clean it up.”

I see what’s happening now, 2020, albeit safely from my living room. I see the smoke but can’t smell it. I see the armed police with guns but can’t hear them. I see the death of a human being and can’t fathom why the footage is replayed over and over again. I only needed to see it once to register the horror of the situation.

Riots spurred by injustice, frustration, and anger. Destruction as a last resort to draw attention to reality. Protests, not only on the streets of Minneapolis but cities around the United States. The outrage is immeasurable, and understandable.

What can I do?

The very least I can do is reiterate that abhorrent as these events are, they are not “new.” The list of “death by black” is long, in the past year alone.

I can be aware. Privilege is a fact. It’s not fair or right, but we need to be aware that it exists and try to understand differences and correct injustices.

I can educate. (Isn’t that what writers do?) One has to wonder how many have died before cell phones started to record history as it happened. Lynchings still occur in various forms.

I can wake up. Racism is not proprietary of the South. It’s anywhere and everywhere. James Baldwin gave an example of the difference of racism between the South and North. I paraphrase:

In the South, a black man might ask a white man at a train station if he “could bum a cigarette.” The Southerner says, “No.”

In the North, a black man might ask a white man at a train station if he “could bum a cigarette.” The Northerner pretends he doesn’t hear him.