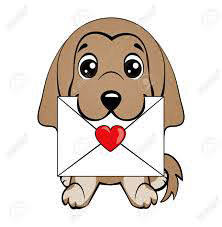 “Please, Mr. Postman.” “Love Letters in the Sand.” “Letters, we get letters. We get stacks and stacks of letters.” “Take a Letter, Maria.” Depending on your age, one, if not all of these song titles, will trigger a memory.

I can’t explain why, but I have always written letters. Most people don’t now a days, which I think is sad.

Texts are quick and efficient, but other than confirming a lunch date, there’s little substance to most. And texts can get you into trouble. Ask the college football coach who texted extensively with a woman, not his wife, and was naïve enough to think that his texts were untraceable. Granted, I don’t know why, but it seems to me if you’re not doing anything wrong in the cyber world (Tom Brady), you’d be happy to turn your phone over to authorities.

Emails are equally damaging and totally unappealing. I don’t think I’ve ever heard anyone say, “Check out this email from my lover. Isn’t it amazing?”

But you may say, letters take time. True, but not as much as you may think. I have a collection of notecards with different themes (artists’ work, floral arrangements, street scenes, etc.) printed on quality paper that can relay a message as short (write on one side and larger than normal) or as long (write a brief salutation and insert a folded, typed paper that expounds on your thoughts) as you like.

We all tire of going to the mailbox only to retrieve endless catalogs, sales flyers, and bills from companies that have yet to offer autopay. Then, voila, you find a surprise epistle in the mail! Handwriting that may not be recognizable by the address, but instantly brings a smile when opened; a relative who reaches out just to say “hello,” a close friend who offers condolences for the loss of a family pet, maybe just an acquaintance who saw a post on Facebook about your recent medical challenge and takes the time to do more than “click” an emoji.

Two happenings in my life contributed to my love of letters.

From the time she was born until she moved to Illinois with her mother at age five, my young niece, Judith (and her mother) lived with my parents, my brother, and me. I was twenty at the time and basked in the role of Auntie Mame! For the next twenty years we corresponded by letter. Of course, we talked on the phone, but those conversations are forgotten. When she became an adult and was living miles away, I gathered all the letters she had written me (the early ones were in crayon) and gave the memories to Judith in a wooden box.

My mother suffered a long hospitalization when we lived in different states. Telephoning long distance back in the day was expensive (this was before everyone had a phone in their pockets) and it was impossible for me to know if she was physically able to talk on the phone. I wrote her cards and short letters several times a week so she would have something to look forward to. That was in 1970. While going through a forgotten box of photos in the garage recently, I found not only the letters I had sent to her, but several notes she had sent to me tucked away in the box. Seeing her handwriting, feeling the texture of the stationary recreated a connection that is impossible to replicate in a text.

I have no illusions that there will be a mad rush to return to letter writing, but I’ll keep doing it just because.

One last song.  “Gimme a ticket for an aeroplane    Ain’t got time to take a fast train
Lonely days are gone, I’m a-goin’ home     My baby, just wrote me a letter”