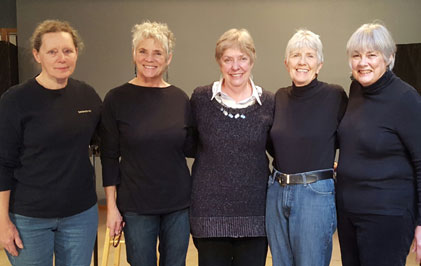 This Travel Tuesday, more than any other the past months, is special.

When I was a junior in high school I was teamed with Dan to research and deliver a report on two playwrights, Eugene O’Neill and Moss Hart. Yup, two very different playwrights! Dan spoke to the class first and, unbeknownst to me, was a stutterer. He did his best. The class was stoic. I followed his labored presentation and intentionally gave a subdued report because I didn’t want to “best” Dan. It was ingrained in me to be sure to always let a boy be better. That’s the way I was raised.

But times have changed. Women can lead. Women can make a difference. Women don’t need to downplay their abilities to assuage male egos. Now, its men that need to get with the program.

Hazel Wolf was a pioneer environmentalist in the 20th century, speaking out for a better earth, a better space to live. By her own definition, she wasn’t a feminist. She fought for what she believed, which she reasoned had very little to do with gender.

This past weekend, the actors from Iconic Theatre Company on Gabriola Island, British Columbia performed Hazel Speaks!, a play I wrote utilizing Hazel’s words. It was entertaining and inspiring.

Hazel Wolf may have not considered herself a feminist but she was for certain a woman to be reckoned with whether testifying before Congress or on a birding expedition in her backyard in the Northwest.

So, this Travel Tuesday shines a light on women who make a difference; whether acting in a small theatre in Canada, writing plays that depict lives of importance, OR succeeding in winning an election to become the most powerful leader of the world.

This is a special Travel Tuesday.