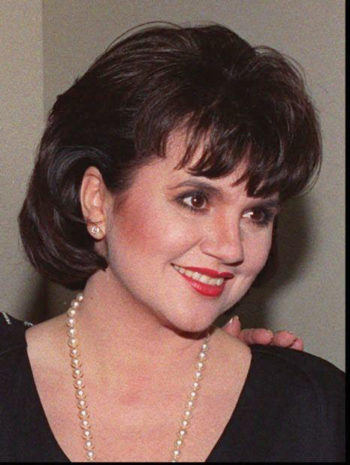 Seeing Linda Ronstadt at the Kennedy Center Honors recently, I was reminded of the album of standards she recorded with Nelson Riddle. Her rendition of the 1939 hit, “What’s New?” by Haggart and Burke warms the cockles of one’s heart (whatever they are).

But as 2020 rapidly approaches, maybe a better question, at least for me, would be “Who knew?”  I certainly didn’t think I’d live to my seventh decade. I think since my mother died relatively young (59) that would be my fate as well. But as long as quoting lyrics is on the table, I’ll throw in a little Sondheim – “I’m still here!”

To say it’s been a troubling year, would be an understatement. Thanks to twenty-four-hour television, continually updating social media, and a Twitter user-in-chief who won’t/can’t quit, the tenor of the country is negative. It’s a fight to not to be discouraged and yet…

I am constantly reading, mostly non-fiction, mostly history. Has it been bad in the past? Oh, yeah! But in days gone by (don’t I sound like a seventy-year-old?), no one had his or her phone on the nightstand or dinner table. People used to walk down the street with heads held high, hearing the sounds around them, not heads bowed with expensive earbuds.  In the past, news was at noon or eleven p.m. and it was only on for an hour. Newspapers and magazines filled in the details for those seeking more knowledge, but there definitely was not this constant sensory barrage. It’s a fight to keep it all in perspective.

Hazel Wolf was an activist and environmentalist who lived in the Seattle area for most of her life. Born in 1898, she lived to see three centuries before her death at 101 years of age on January 19, 2000. I adapted Hazel’s words in a play called Hazel Speaks! (based on her biography by Susan Starbucks.) Whenever the play is performed, the following quote takes on special meaning.

“I’m always scolding young people who get depressed. I’ve heard “Reagan did us in” or “Bush is a fraud, all is lost.” I’d say, “What do you mean, all is lost? We lived through Hoover, didn’t we? We lived through Nixon. We lived through things more impossible than Clinton. He’s here today, gone tomorrow. We’re going to be here forever, we and our ilk. We’ll keep struggling together. We lose a few, we gain a lot. Just hang in there. That might be helpful.”

What’s new? Not much really. Hazel’s recommendation to “hang in there” seems like wise advice to me.