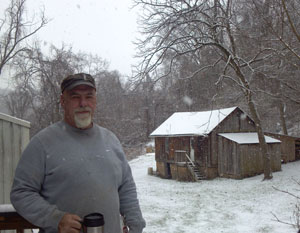 Not that anyone has asked recently, but in the past, I always said of all my achievements in life the one I was most proud of was earning my degrees. (Duquesne University B.S. in Music and Master of Music Ed.) “It’s the one thing that can’t be taken away,” I said. “Get your degree. Go to college,” I said.

I can’t say for certain that with “age comes wisdom”, but I have changed my tune the last few years, and even though I still value my education, I’m not sure I’d tout the “degree” chant as loudly as I once did.

Practicality has entered the picture. Duquesne is a private, Catholic university that only cost me $600 a semester back in the day. Room and board were taken care of (I commuted to the urban campus via public bus five days a week) and textbooks were minimal (I was a music major. My primary investment was in an instrument of professional standards).

Teaching music lessons part-time helped and federal student loans were available to cover remaining costs. It was a proud day years later when I turned twenty-seven and sent in my last payment. Clearly, financial times have changed for budding coeds. But outrageous costs are not the only loss facing today’s youth.

I always refer to this time of my life as some of my best years. I was taking courses I loved, had a group of fellow commuter friends that I ate with (lunches at Frank & Wally’s) and laughed with (often sitting in the back during class). At every opportunity, I would visit my favorite prof, Dr. Pranzatelli in his graduate office and discuss the philosophical aspects of creativity and occasionally gossip about a colleague’s faculty/student dalliance that was not nearly as clandestine as they thought it was.

The reality of a lifetime of student debt is most certainly the norm today. Scandals of tuition fraud notwithstanding (Note to wealthy parents: middle class and poor parents want the best education for their kids, too), I’ve concluded, that a degree may not be the ultimate goal, much lest the best one.

My brother Jay who is one of the best educated people I know, quit high school to join the Army. He got his G.E.D. in his twenties and proceeded to learn the trade of carpentry. A union man through and through, he established a pre-apprentice program for candidates who either didn’t have a driver’s license (a requirement to get to the job sites) and/or lacked a high school diploma. His course opened a career path for many men and women who thought opportunities for a respected career and steady employment would never come to fruition.

Jay’s education, like mine (and my sister, Jennifer’s), continues. Books line numerous shelves in our respective homes; history, current events, special interests, fiction. The workday ends but the learning is ongoing.

One benefit of attending college back in the day was the interaction with professors, teaching assistants, and fellow classmates. There were no online courses where students never actually converse with a human being. Arguments were frequent (alright, we were music students so we’re talking debating Ravel vs. Debussy or fugue vs. 16th counterpoint) and fun.

Not that anyone is asking now, but just in case it comes up, plumbers, electricians, and carpenters will always be in demand. And at the end of day, rather than writing checks to Uncle Sam ad nauseum, there’s time to read a book, have a drink and converse with your mates, and, best of all read a good book.