Shut Up and Sing

It must have been a lonely feeling on stage for The Dixie Chicks. For years they sold out to enthusiastic, adoring fans who cheered and even sang along with the trio. Then all of a sudden, an off the cuff comment at a concert in England changed their lives forever. 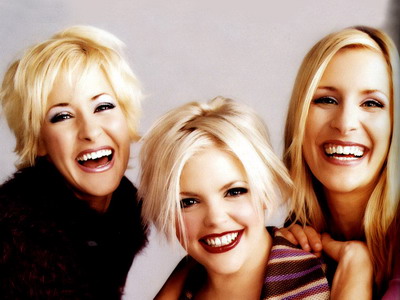 The now famous quote by lead singer Natalie Maines – “We’re ashamed the President of the Untied States is from Texas” – isn’t a blip on the radar compared to the atrocities of a questionable war and the political rhetoric of justification that has been bandied about for more than four years now. Some how (and this documentary names the prime force behind the boycott of their music) the Dixie Chicks paid the price for exercising the right of freedom of speech.

You may be clueless to the events that followed. You may be a hardcore country fan. You may wonder what all the fuss was about. All of those scenarios and more are reasons to rent Shut Up and Sing.

This “road” is sprinkled with signage that reeks of love and hatred, support and anger, fans lining up for tickets and lines of picketers protesting.

Since the release of the film, The Dixie Chicks have come back in a big way, winning five Grammies including Best Album of the Year, “Not Ready to Make Nice.”

Whether you agree with their politics or like their music isn’t really the point. Since 2003, The Dixie Chicks have paid a financial and emotional price, but they had the courage to stand by their convictions. We should all be so brave.