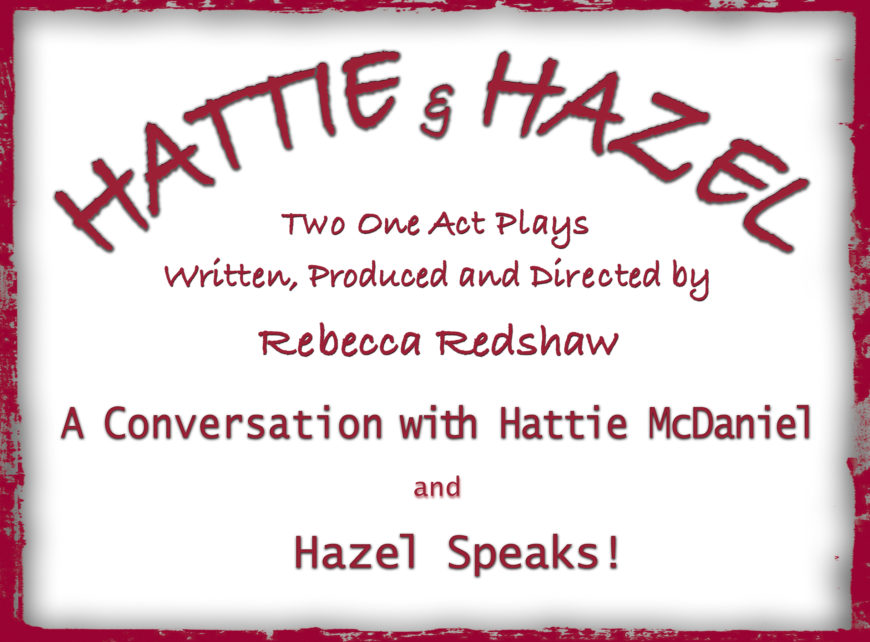 Hattie McDaniel and Hazel Wolf – Stars Shine One Weekend Only

March is International Women’s Month and two one act plays by playwright and author Rebecca Redshaw will be performed at Olympic Theatre Arts on March 9th, 10th, and 11th.

“A Conversation with Hattie McDaniel” and “Hazel Speaks!” feature two women who were challenged by society and triumphed in different arenas in different ways.

Hattie McDaniel, best known for her Academy Award winning performance in “Gone with the Wind”, fought racism in Hollywood but also with leaders of the NAACP who considered her persona “too black” (they preferred a high-yellow Negro like Lena Horne).

Hazel Wolf was raised on the Olympic Peninsula and created positive changes not only in Seattle and the Northwest, but across the United States. Hazel was a major force in establishing ecology protections and the Audubon society, frequently speaking before the U.S. Congress.

Also noteworthy is the local talent that will participate in the performances; half live in Sequim, half in Port Angeles. Represented are woman of color (African-American and Native American), straight and gay, divorced and married with children and single without children, seniors as well as women way below Social Security eligibility.

Time will be devoted after each performance for Q&A with the playwright and actors.

Ticket: $15.00 at the door and online at olympictheatrearts.org